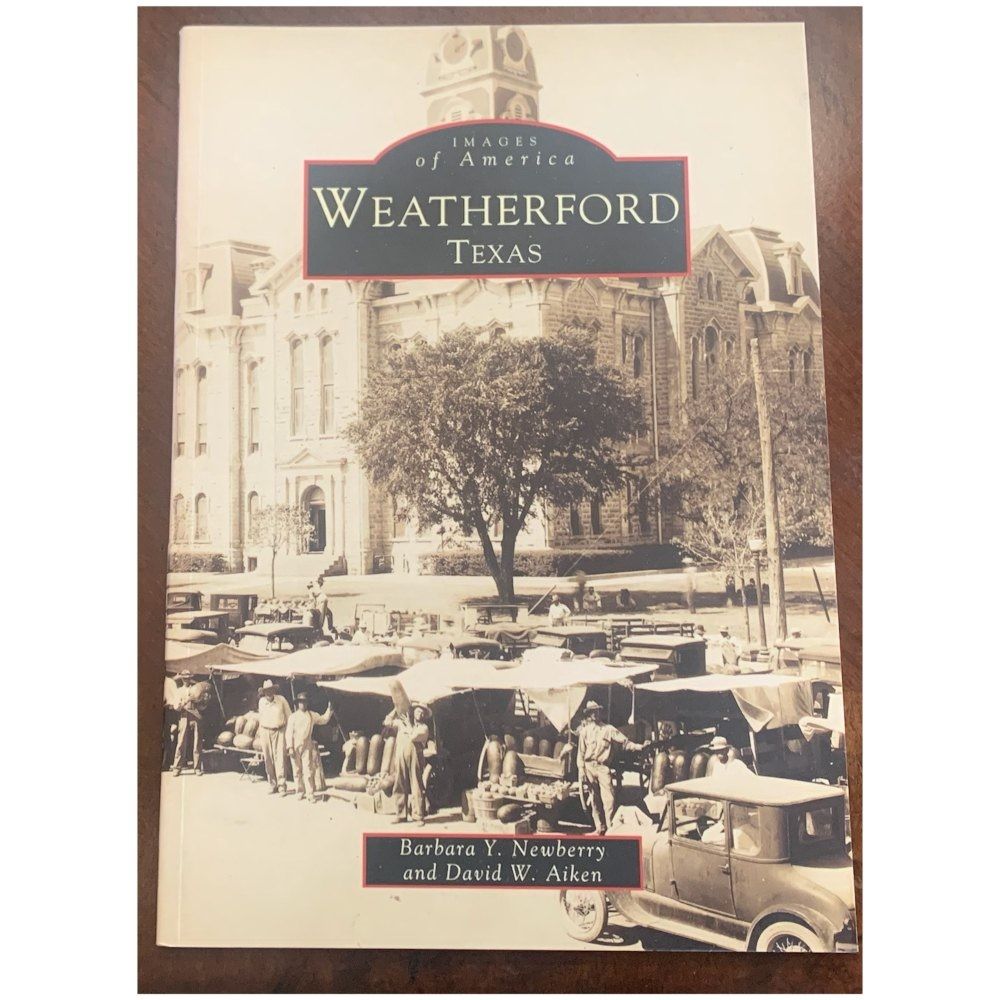 Despite the odds of Indian raids, the Civil War, and one man's feud, Weatherford began as a small frontier settlement in the mid-1800's, and quickly grew into a bustling West Texas county seat known for its Victorian beauty, home-grown peaches, and small-town charm. Images of courthouse construction and early pioneering families are among the first glimpses into Weatherford's fascinating history. Other highlights include the development of downtown, forgotten changes to the square the first city rodeo grounds, photos of Queen of England sitting for her coronation portrait, as well as rare shots of some of the city's more famous past residents, Larry Hagman and his mother, Mary Martin, and Comanche Chief Quanah Parker. Additional scenes of schools, streets, politics, firemen, parks, hospitals, and residents provide an entertaining and educational illustration of the city's past. Over 200 photographs, many of which are previously unpublished, were selected from various sources, including the Weatherford Public Library and the private collections of many local residents who participate in preserving the community's heritage. As longtime residents of  Weatherford, authors Barbara Newberry and David Aiken share a love for celebrating and preserving the city's unique history. Together, they have created a book that truly captures the spirit of the people and institutions that for more than a century have formed the backbone of Weatherford.