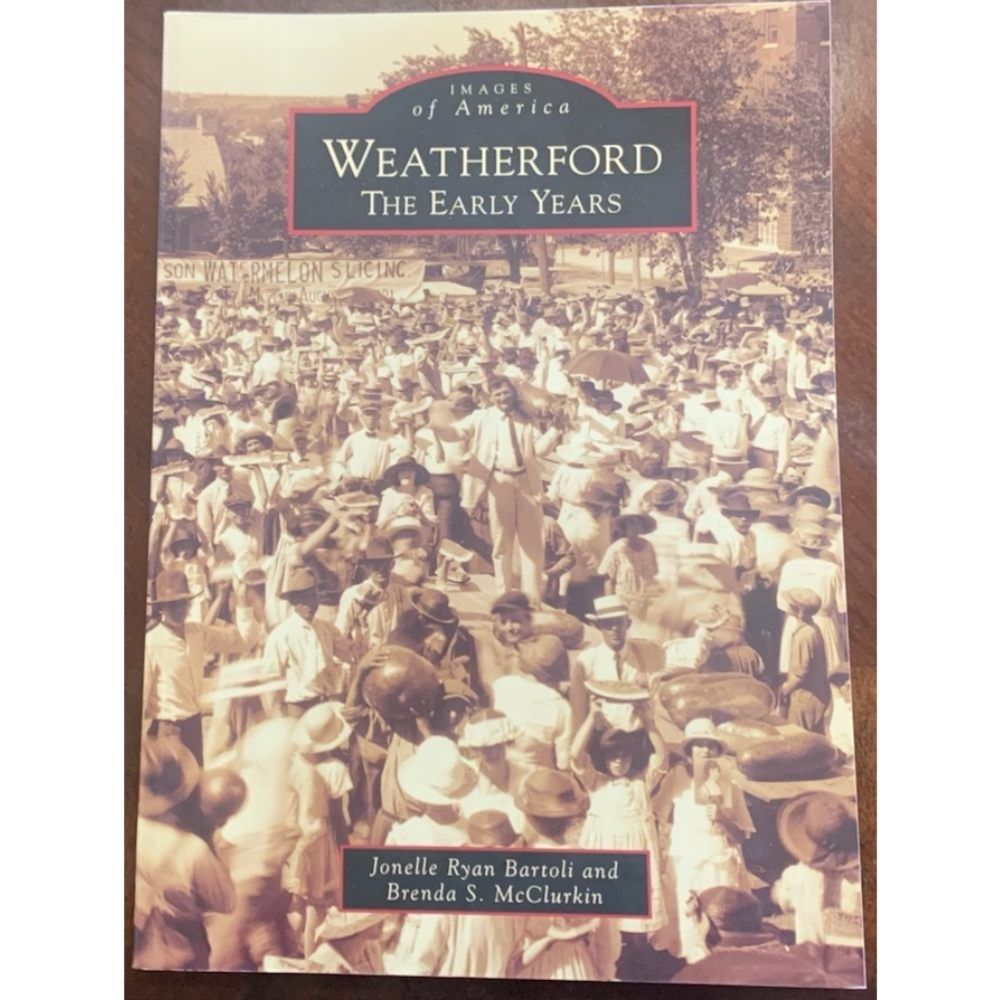 The early years of Weatherford yield stories of trials and triumphs as a rowdy frontier town that matured and became known as the "City of Churches" and the "City Beautiful". Created in 1856 as the county seat of newly formed Parker County, Weatherford was lush with grasslands, timber, and fertile soils. In 1858, the two-story brick courthouse was surrounded by log cabins, frame buildings and tents. For nearly two decades, the town was the principal supply center for points west and a safe haven for settlers seeking refuge from Indian raids. Stalwart men and women nurtured the development of religious, educational, and cultural refinements. But when the Texas & Pacific Railway arrived in 1880, it spurred Weatherford's stature as an agricultural, banking, and commercial center and opened national markets to local cotton and prize-winning watermelons. The historic City Beautiful is still evident today in Weatherford's picturesque courthouse square and quaint tree-lined residential districts.

Authors Jonelle Ryan Bartoli, a retired language arts instructor, and Brenda S. McClurkin, an archivist in Special Collections of the University of Texas at Arlington Library, tapped private and institutional collections to discover photographs that will provide a fresh look at Weatherford's visual heritage, decade by decade, from 1856 to 1939.